Downloaded : 179 times
Article can trace at:

The configuration of the development of modern philanthropy has a long and tumultuous history, emerging as a symbol of the thesis and antithesis, resistance and struggle, rebellion and counter-aggression and rejection of what is past and traditional. In modern times a philosophy emerged from various schools emerged. Basically the overall pattern of modern philosophy takes on the color of Greek philosophical Sufism. The development of human thought in the Middle Ages gave rise to thoughts oriented to the advancement of technology (modern philosophy), this was marked by the emergence of the Renaissance. In this century, science experienced rapid progress which led to the industrial revolution in England with the results of fame by modern philosophers. The Renaissance is a time of rebirth of classical Greek and Roman civilization. The concept of history at this time refers to periods of indivualism, the rise of antique culture, discoveries of the world and humans, as a period opposed to the medieval period. This era is also a refinement of art, expertise, and knowledge that is manifested in a versatile genius. Figures from this school are Nicholas Copernicus, Francis Bacon, Tycho Brahe. Johannes Keppler, Gallileo Galilei, Isaac Newton, and Joseph Black. Rationalism is the flow that has the view that knowledge is obtained by rational processes, namely through reasoning, knowledge can be achieved naturally can be used by humans, namely reason (ratio) and experience (empiri) also legitimately and correctly. The philosophers of this genre are Rene Decartes, Barunch Spinoza, and Gottfried Wilhelm von Leibniz. In addition to the two schools above, there is a school of empiricism which has an opinion contrary to Rationalism. They were of the view that knowledge was obtained from empirical experience, the leaders of this sect were Thomas Hobbes and John Locke.

This work is licensed under a Creative Commons Attribution-NonCommercial-ShareAlike 4.0 International License. 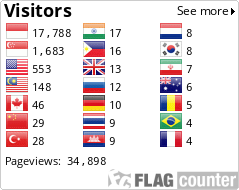